What is Koan TV?

Ongoing television stories can present us with delightful mysteries, enthrall us with fully realized characters, and whisk us away on thrilling journeys of discovery that barrel towards emotionally meaningful finish.


Except that doesn’t happen very often. Not on TV. Not over multiple seasons.
They say no plan survives contact with the enemy; same thing goes for television series with multi-season story arcs. 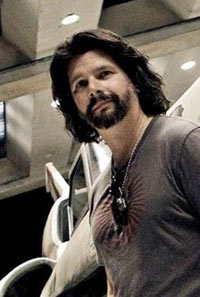 TV series are all about the beginning, and that's the problem.

Film scripts begin with the ending. The ending is king. Everything builds to a carefully crafted climax, which is why they’re worked out backwards, from the crescendo to plausible beginning. Every thread, every character’s journey, is carefully crafted and plotted for maximum emotional impact.

Ongoing series are the reverse. They have a beginning, but no end. Titillating confections sprung on audiences before they’re finished, they need a spectacular start to be green lit. A great, intriguing concept that will hook viewers is a necessity. But that’s it. Endings are out of scope.

Indeed, show runners hope the end will never arrive, because then they’ll have to look for a new job. And job searching sucks. Try it.

True, there may be a glimmer of a conclusion in the writer’s mind, roughly if poignantly imagined. Yet as the show responds to the audience, the series changes and as it does so, the original concept becomes less and less relevant. It morphs into something new, shaped by ratings and feedback.

Sometimes series are often affected for the better by audience. Ingenious minor characters can be dialed up, bad ideas dumped.

But this cuts both ways, especially with ambitious shows that pose a central question or mystery.

Everything in TV is subordinated to ratings, particularly ambitious, big budget ones: to justify their cost, shows have to keep a certain number of eyeballs glued to the screen. If necessary, plot, character, and logic will be thrown under the bus, so long as it keeps the Storytelling Express going. For television, the end is an afterthought, rather than climax. Something that the writers never wanted to write, something that the cast never wanted to play.

Which is why Great Television Show Mysteries often go MIA.

What was The Plan of the Cylons in BSG? Why, the sound of one hand clapping.

Who needs a plan when you can have the illusion of one? It’s a lot less work and a lot more malleable. Let the rubes read into it. The pretense of meaning’s more flexible than the real thing. The suggestion of depth easier to rewrite. Who wants to get locked in?

Battlestar Galactica and Lost presented us with genuine Koan TV: mysteries without solutions, plots without endings, content without real depth.

No problem: throw in something nonsensical.

Faeries, for example. In business suits. How’d they get there? Madness? Magic? Why are they wearing Armani?

Who cares? Let the audience wonder. String the gullible fools along just long enough to reach the end of the season. Then you can hit them with something else: flying, sentient potatoes from the far future! They’ll forget all about the faeries, no explanation necessary.

The showrunners don’t believe the audience have any critical thinking skills anyway.

BSG started out strong. It expanded the horizon of sci-fi on TV. Then it began a long, slow descent into irrelevance and luddite loving fantasy. Faux meaning was slathered on top of illogical plot twists, forcing retroactive character changes.

You can just hear Ron Moore cackling, “No one will notice!”

Sense was thrown out the window. Themes of the show, such as the diversity of human views and the impossibility of complete unity were jettisoned. Complexity vanished. Depth evaporated.

These ongoing, multi-million dollar Koans are filled with mighty sound and fury signifying only the imminent arrival of a commercial break.

That’s been true all along for network shows. Yet at least their less ambitious programming brethren had a beginning, middle, and end. They reached a destination, provided the audience with answers. Fulfilled the compact between storyteller and audience. It can be done. Buffy, for example, wrapped up quite nicely.

Perhaps there is a Buddhist agenda here, and it’s all an insidious attempt to get us to clear our minds for meditation.

It’s like the secret of the spoon in the Matrix films: