The Lesser Key of Solomon, MacGregor Mather edition, is graced with some truly macabre illustrations, courtesy of Breton.

Derived in part from the 16th century's Pseudomonarchia Daemonum, the Lesser Key of Solomon is broken into five parts, the most interesting of which is the first, the Ars Goetia. It describes seventy-two demons that Solomon bound to service with magic symbols.

Each is given a rank, interests and expertise (natural philosophy, astronomy, rhetoric), method of seduction (laziness, vanity), powers (noisome breath, conciliates friends and rulers, finds hidden treasures, flight), and the number of demon legions at their command.

Louis Breton was born in 1818 and spent much of his time doing bland marine paintings that disturbed no one.

Then he blind sided the world with the most bat shit insane demon designs ever created.

I've referenced several in the book: Asmodeus, for example, appears as Breton depicted. I wanted people to recognize Assman from his earlier 'portrait'. Albeit cruder and more graphic, as my humble abilities allow.

Baal's actually the root of Beelzebub (Baal Zebub, 'Lord of the Flies', in rabbinical texts; a sly way of saying he's shit and his followers are flies); so I have some lee way with him, since he never existed in the first place. Or Beelzebub didn't. One of them. Whatever.

Next to Bosch's mad hybrids, Breton's demons are my favourites. They're unique. Original. Much more interesting than the typical buff or bodacious Hollywood demon with bat wings and horns. Not that there's anything wrong with that, but variety is the spice of life.


The full set of Breton's inspired demon designs are below: 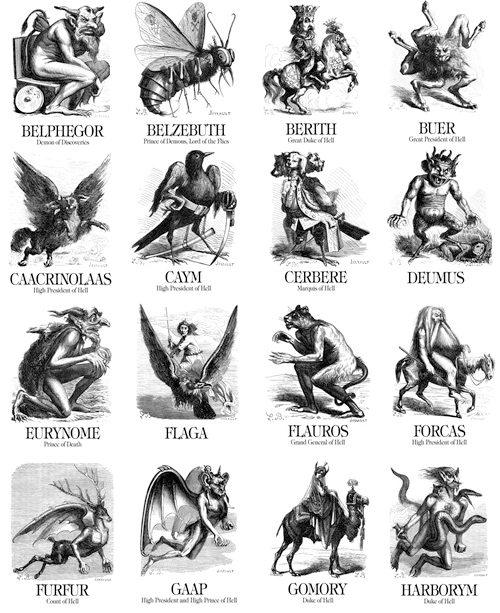 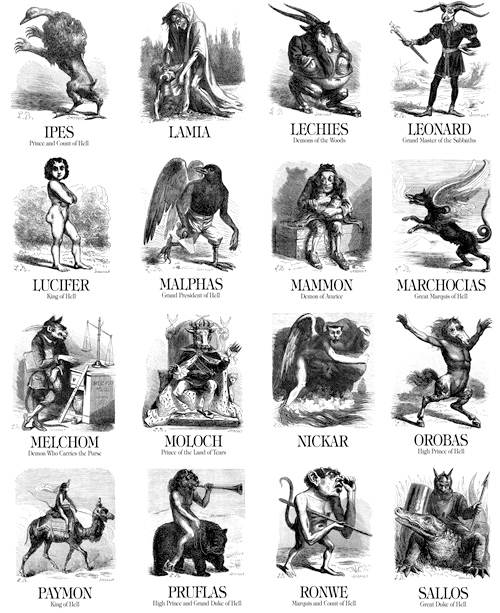 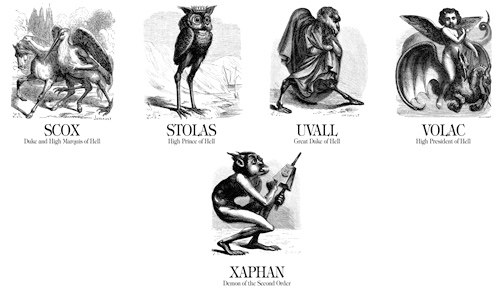 Next up: The biggest, the baddest, the best: Bosch!