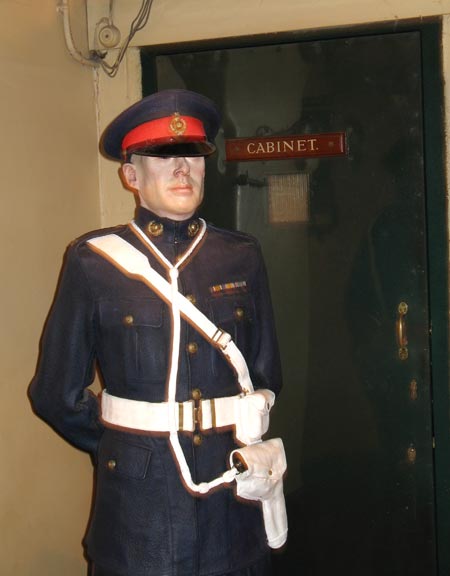 When most governments build bad-ass bunkers, they slather on the reinforced concrete and steel until they can laugh off A-bombs.

The enemy expects that. Hell, their bomb makers depend on it for their research budgets.

Crafty old Churchill did the unexpected: he built a bunker that isn't bomb proof. There's a sheet of metal over it, sure, but that's just for show. They weren't really trying. One direct hit would have caved the whole place in.

The British were entirely depending on the Luftwaffe not knowing where it was. So they put it in downtown London. In the government district, beneath a major government building, just where the German's would never expect it to be but would be bombing anyway.

The top floor is a comfortable height, filled with narrow winding passageways lined with cubbyhole rooms for operations and senior staff, but the sub-basement is a tall man's nightmare. This is where the quarters were. It's a claustrophobic labyrinth. Harry Potter had it better under the stairs.

The whole complex is far less cinematic looking than depicted on film and TV. Odd how that so often turns out to be the case, isn't it? Set designers know their stuff. I admit to being a little disappointed at the map room.

Still, it was fascinating to see the real thing. Walk the same halls. It was a hub of history, that little bunker, where momentous decisions affecting the entire world were made every day.

And they had wonderfully fresh tea and nice cakes in the cafeteria. 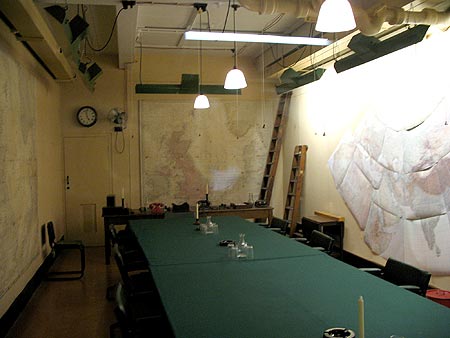 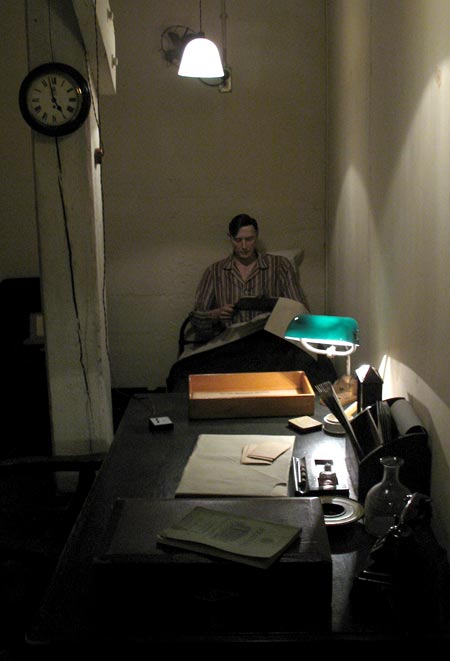 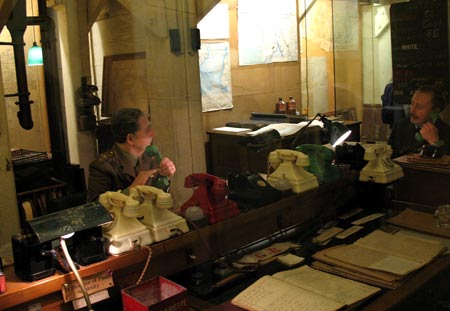 Much of it has been left as it was the day the war ended. Well. The dummies are additions, not mummified wartime personnel imprisoned behind plexi-glass, although admittedly that'd be cool. Something to consider for the next war.

Why take these pictures? I'm so glad I asked: it's an odd habit I picked up in Art College and have never shaken. Whenever I go anywhere, I'm always on the look out for reference material.

Because back in the Long Long Ago, before the internets, it was so hard to find. And you'd have to significantly alter, rotate, and change any source material you did find. Fortunately, I rarely do realistic renderings, so the problem is far from acute for me. But I still remember how useful having my own source material was.

These pictures are the product of that lingering impulse. There's far better available on the net today, obviously. The shots aren't great, but for my purposes, they don't have to be. I'd re-light and alter them anyway, but they do show certain details and perspective.

If I ever set a Rex Libris scene in Churchill's bunker, I have the reference material covered.