The Expanse at Fort York

During COVID lockdown, I've been going on a daily walk, which often takes me down by Fort York. Imagine my surprise when it turns up as Baltimore in The Expanse.

In Season 5, Amos returns to Earth to wrap up some affairs; he then visits an old friend / crime lord at his headquarters. The sequences are shot on the grounds of Fort York, in Toronto, although futuristic elements have been grafted on: 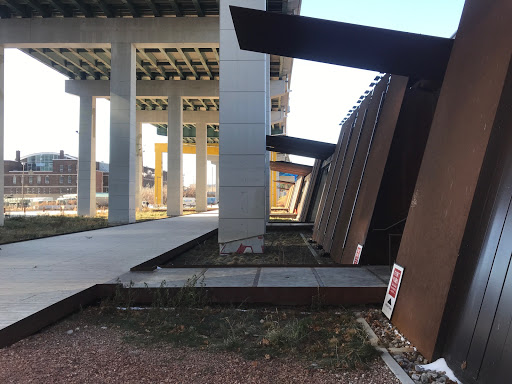 I've matched a couple of the shots (as well as I could). It's kind of fun to see the movie magic: not just filters applied, but areas knocked out or enhanced with digital effects. In the image above, the entrance, they've added a wall, construction work in the background, and removed the overhangs and highway. Below, they've added a ginormous building on the left, and removed the condos south of the Gardiner Expressway. They also added a train running along the highway's underside.
Then the whole thing is tinted blue. Because... The Future! 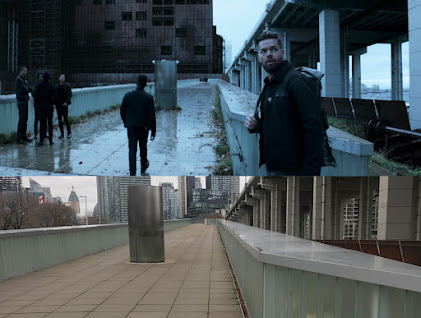 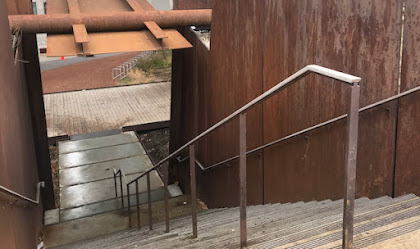 Looks like they even hauled in a slew of props and shot inside: 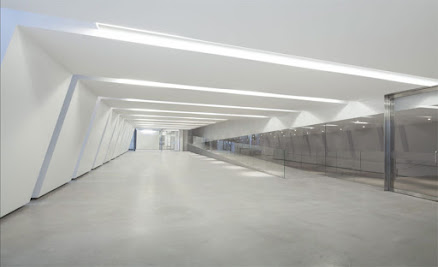 Certainly looks like the same space, just redressed.
The Expanse is a great show; takes a little time to get into (it's rather complex) but well worth the effort.
Fun!
Posted by James Turner at 12:30