What do you do with an iPad Pro? 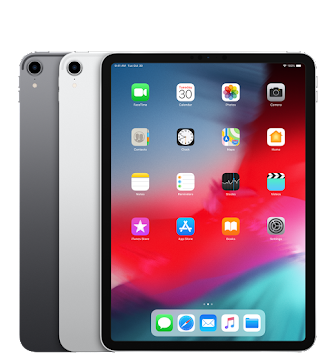 I use it for other things, of course... but not that much. The full break down (most frequent to least):

4) Stream video (the screen is fabulous)

Why did I initially get it?

Well, several people I know, mostly artists, had purchased an iPad Pro, and were very pleased with it.

That peaked my interest. because, more importantly, I was ready to explore something new. Switch things up a little.

I've worked in Adobe Illustrator for ages, and always used a mouse. Whenever I've tried a tablet with Illustrator, it lays down extraneous, messed up BS bezier points, and I spend more time fixing them than it's worth. I can get the job done faster plotting out drawings point by point, using the mouse and pulling the curves manually.

One other thing: my old Bamboo tablet had no screen. I've never liked that disconnect between pen and screen, not for drawing with a stylus. It's far less annoying with the mouse.

The iPad eliminates the disconnect: you draw directly on the screen.

I did consider the CINTIQ, which is enormously popular. It's a professional level tool and can run Adobe Photoshop, which isn't (or wasn't) the case for the iPad Pro.

But I'm used to the Apple environment, I've always been on a Mac, and to avoid possible compatibility issues, I decided to stay with Apple, for better or worse.

The 9.7 inch iPad Pro has True Tone technology, more available apps and reduced screen reflectivity, but that was all trumped by the larger screen size of the 12.9 inch version. It's still ultraportable at 1.49lb. (0.68kg), and the battery lasts up to 10 hours (I've found it's more like six, but I've had mine for several years and it depends on what software you're running). It comes with 64 GB of storage space, which was more than adequate for my purposes. 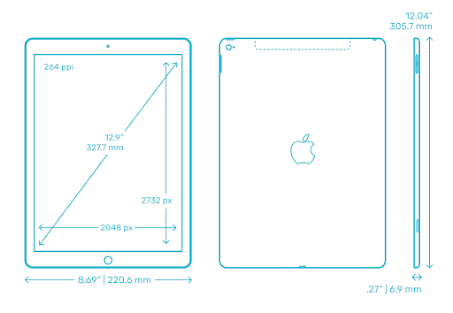 So I forked over... I can't remember exactly, around $2000 CDN on a jumbo sized first generation iPad Pro (12.9 inch screen, booyah baby!), an Apple Pencil and a keyboard cover (a last minute impulse addition). With the detachable keyboard, the iPad is (almost) a complete replacement for the laptop: I can write and draw on one device. Perfect!

I also got extended Apple Care (I'm a butter fingers).

The hard part: actually doing something with it. I didn't want it to be an expensive toy, just for watching videos or surfing the net. I needed to really use it!

To get going with new software / devices, I have always given myself projects, like, say, creating a deck of playing cards. I need that motivation, that sense of purpose, as I really don't have any interest in software for software sake.

I had been going life drawing every week or two for years, so to start I decided to change from using pencil / ink / watercolour and go strictly iPad Pro. Ah! Change!

But first I had to decide on what software I'd use.

That felt like a big hurdle, as there were plenty of options (too many!), and few did everything I wanted.

My initial requirements were (more or less):

1) Economical. Especially after such a pricey up front investment.

2) Able to do vector and raster.

3) Works seamlessly with the pen tool, replicating the shapes I put down naturally, without adding screwed up bonkers bezier points.

5) Comes with plenty of brush options.

6) Compatible with software I am familiar with (Adobe Creative Suite).

Eventually I made a decision.

Drawing on the iPad is almost like drawing on paper (okay, slipperier), with all the enhancements (like the beloved Undo button) you expect from digital. All around, a positive experience.

Sometimes I miss the tactile aspect of paper, and the happy accidents you get from traditional media (watercolour in particular).

The biggest downside is that the iPad Pro does affect how (and what) I draw to a surprising degree. More on that later.

I'll also go over what programs I looked at, and the one I finally chose (previous posts are a dead giveaway), in the next post.

I'm kind of curious though what use others get out of their iPad Pros, or just iPads in general. So far I haven't found many other compelling uses. Don't get me wrong–I love my iPad, and I love drawing and creating on it, but beyond that... I mostly just use it for web surfing.