Garry's bio is just the tip of the iceberg, believe me! 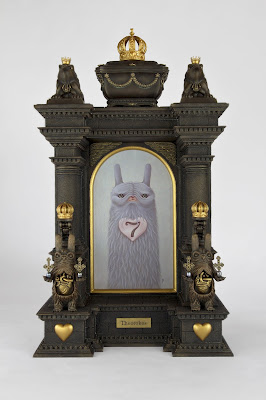 Garry Buckley is a multi disciplinary artist working from New Zealand. His work embraces depictions of animals through the lenses of revered iconography, exploring theology and liturgical practice through to simple whimsical moments that have very little or no underlaying message at all.
Garry has exhibited work in group shows in Europe, New Zealand and the United States, most notably as an alumni of the Pictoplasma Academy, Berlin, 2014 and the first Delusional group show at Jonathan LeVine Gallery, New York, 2017.
He can be reached at: garry.buckley@gmail.com
Come and see the fabulous medieval steampunk creations of Garry and 25+ other world class artists this September 28th at Northern Contemporary gallery!
https://www.facebook.com/events/242756722976562/
(Attaching two pieces to give a flavour of his work: Theotokos, 2017 and Moo Cat Poo Cat, 2018) 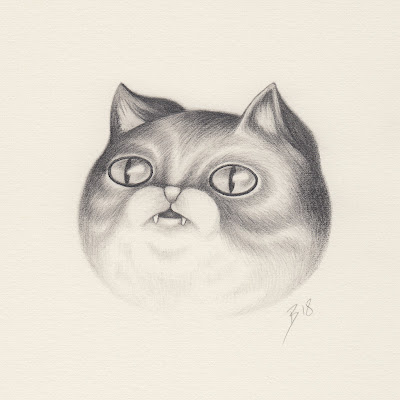