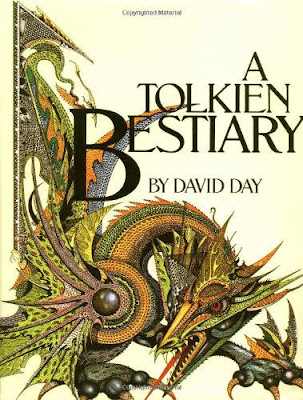 I’ve admired Ian’s work for as long as I can remember; he’s one of my art heroes. My grandmother got me a copy of a Tolkien bestiary he illustrated when I was a kid, so I’m especially stoked that he’s gracing the show with his art. No one does ink work like Ian Miller!

Ian Miller is an artist, illustrator and writer based in the U.K. He graduated from the Painting Faculty of St Martin's School of Art in 1970. Between 1975 and 1976 he worked for Ralph Bakshi on his Feature animation 'Wizards'; and in the 80's worked on a second Bakshi film called 'Coolworld;. Since then Miller has done pre production work on numerous films including Shrek. 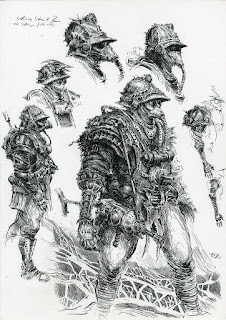 The first collection of his work was published in 1979 by Dragon's Dream under the heading 'The Green Dog Trumpet'. This was followed shortly afterwards by a second volume entitled 'Secret Art'. Miller is currently working on numerous private commissions, films and projects, including 'The Broken Novel’.

You can see more of Ian's incredible work here. 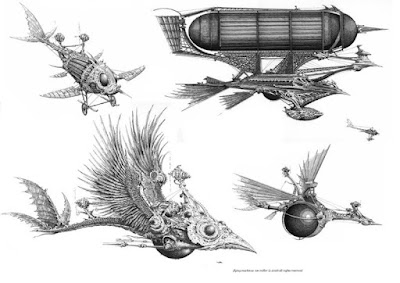 Join us September 28, 2018 (7 PM to 12 PM) in your steampunk finery for the Grand Opening of Myths, Monsters & Machines: The World of Theo Paxstone, at Northern Contemporary Gallery, 1266 Queen Street West, Toronto, Ontario, Canada.