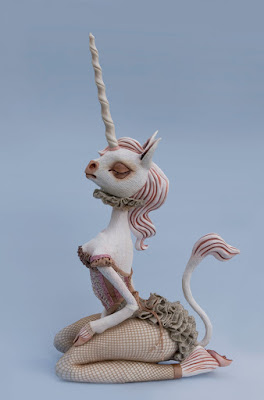 Tanya’s a characeter designer who creates incredible 3D works, from intricate dolls to spinning Zoetropes thatt’ll blow your mind. Her work is imaginative, quirky and uniquely different.
Past projects include: The Urban Creature (2015) sound reactive illuminated creatures, Kakatrope (2015) A 3D printed Zoetrope, TweetMe (2012), an interactive forest which seeks to create a dialogue about New Zealand bird ecology with members of the public, which was the recipient of a Red Dot Concept Design award.
Tanya has led pedagogical development which explores methods of playful experience design for social change, and the character as a communication tool.
She has qualifications in Industrial design, illustration and interactive design and has worked for several leading toy design consultancies in the UK, and within the film industry in New Zealand and internationally. 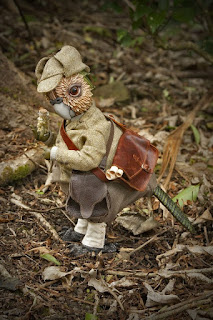 She in an internationally recognised figurative sculptor in the area of doll and toy design, and is the President Emeritus of the National Institute of American Doll Artists and an alumna of the Pictoplasma academy.
A Senior Lecturer at Massey University, College of Creative Arts in New Zealand, Tanya teaches animation, play and illustration, and is program coordinator for the Weta Workshop School at Massey University. Tanya has just started her PhD which will explore how to design eco-fiction toys that engage children in outdoor imaginative play.
Check out more of her work here: website - http://tanyamarriott.co.nz/
In particular take a look at the zoetrope!:
http://tanyamarriott.co.nz/2015/04/25/kakatrope-zoetrope/
"Doll-making is my world. Creating dolls for me is such an embedded part of who I am that I can't imagine not having them in my life. Articulating what it is I do and why I do it, however is much harder to explain than the actual making!
Making my first doll was such a rewarding experience It was for the me the ability to create new entities and persona's, to be a world builder. As a child it meant that any thought or fantasy I could dream up could become a tangible reality, and I was only restricted by my own ability. Making dolls is just as important for me now as it was then, each creature gestates in my mind and I have an constant need to get the ideas out into their physical form. My earlier work was about replication and mimicry, characters in books, or films informed the basis of these pieces. Now my work is an expression of my own imagination, each character is a small piece of me."
Join us September 28, 2018 (7 PM to 12 PM) in your steampunk finery for the Grand Opening of Myths, Monsters & Machines: The World of Theo Paxstone, at Northern Contemporary Gallery, 1266 Queen Street West, Toronto, Ontario, Canada.
https://www.facebook.com/events/242756722976562/ 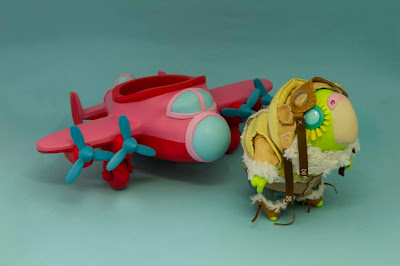