Kenobi vs. The Boys

Comparing two properties, even very different ones, as they unfold can be really instructive in terms of understanding what works and what doesn't; I tried it before with Peacemaker and The Book of Boba Fett.

(I get the impression that Star Wars is spiralling down into itself, with story after story endlessly revisiting old characters. Pre-teen Palpatine and Chewie's Wookie Cub Playhouse can't be far behind.)

Both Kenobi and The Boys are action / adventure. Kenobi, however, is quite obviously aimed at kids, while The Boys is very adult. VERY very adult. Trust me, you do NOT want your children watching it. Which reminds me they made an Alien monster toy, back in the day, for kids... for an R-rated film they should not have been able to see.

The Boys is more my cup of tea. It's filled with scathing social commentary, pushes boundaries (this is a two sided sword, as vulgarity, obscenity and gratuitous violence can be both needlessly unpleasant and shock value can become a crutch), has well developed and motivated characters, and the villain, Antony Starr, is phenomenal and brings much needed nuance to Homelander.

In fact, everyone on The Boys is fantastic. There's not a weak link among them. Karl Urban, Jack Quaid, Erin Moriarty, Karen Fukhuara, Tomer Kapon, Laz Alonso... they're all absolutely fabulous, although arguably Moriarty hasn't had as much material this season (so far). It's got to be difficult juggling such a large cast of characters. And yet, they are all much more rounded than the characters in Kenobi. 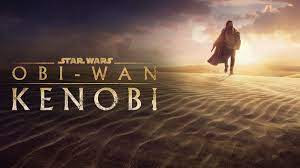 This may be a function of the audience the show is aimed at. Kenobi is simpler, more direct narratively if not technically (it looks astonishingly good). It is very 'cute': Leia Lulu is chased in one episode by bounty hunters who are obviously going slowly, to not catch her, like parents faux chasing their kids. It's so obvious it took me out of the narrative. For children, however, that may not be a bug, but a feature.

I greatly prefer the staging in The Boys. Kenobi fights feel more like what you'd see with little kids playing: henchmen running onto the stage to be immediately gunned down, like ten pins.

On the other hand, The Boys can be gratuitously gruesome. To me, this makes violence more horrific and impactful. Kenobi sanitizes killing. There's no blood at all.

Which is better? Which is worse?

There is a tremendous amount of violence in our TV and film productions, with heroes like John Wick mowing down hundreds of nameless disposable drones in every outing. It does give me pause. Arguments swirl around whether it encourages mass shootings. Virtual carnage in video games has not impacted rates of violence and, despite being counterintuitive, could actually be reducing them. I've been recommended the book Moral Combat by psychologists Patrick M. Markey and Christopher J. Ferguson, but not read it yet. Too much to read!

Strange things that happen in Kenobi: our eponymous hero makes mistakes you'd think he'd be far too smart and experienced to commit (such as blurt out Leia's name in front of stormtroopers, or immediately surrendering when faced with three troopers, after just easily killing three plus a deadly probe droid). And is it not a continuity issue for Kenobi to have a space phone in his cave? Why didn't Leia just ring him up in A New Hope? 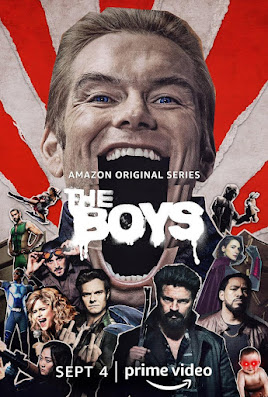 The emotional beats in The Boys are more impactful, whereas Kenobi's feels forced (heh). Again, this could very well be because it is aimed at children. On the other hand, when I was a kid, I never liked it when a show talked down to me.

Writing for kids is such a challenging juggling act.

I don't mean to imply I could do better. Criticism is easy; it's creating that's hard.

Writing for Disney, especially on such a massively important, high profile and EXPENSIVE property must be an exercise in pressure management. Trying to integrate all the disparate corporate voices and interests (and, let's face it, merchandising) into a really compelling script... that's insanely challenging.